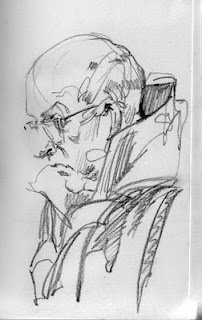 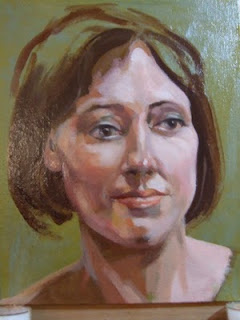 It's been a week since I posted the notice about portraits for free and so far I've done several. There are 3 more planned for this week. After this I'll start looking for a location in Paris where I can work in natural daylight so a nice atelier in a good location would be good.

Here are a few of the paintings so far. 3 hours each which is pretty fast but there's no underpainting or drawing. I just go straight in with the paint. 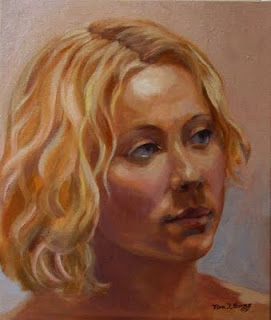 I'm painting portraits for free in the gallery at the moment. If you are interested in coming along send me a message, phone or email. There are only a few days left this week. Most of next week is free. I'll give you the details when you get in contact.
Posted by Tom J. Byrne at 11:35 pm 1 comment:

The opening night went well. I'm still a bit knackered by it all.
Here are a few pics from last friday. Thanks to Jean-Michel Volat for the marvelous photos. 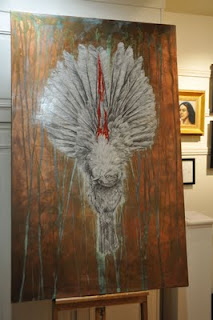 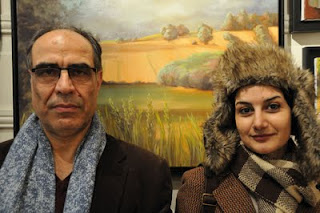 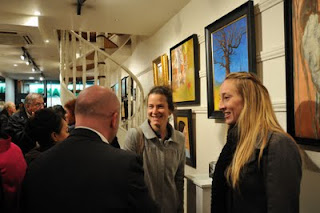 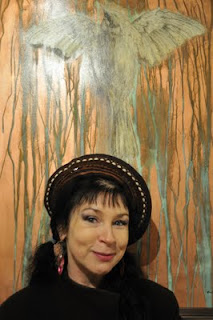 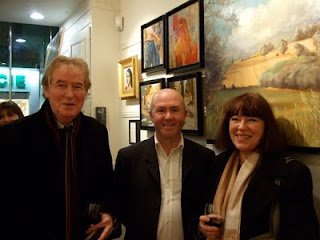