Born with a Silver Spoon. Health lessons from history.

The past is full of lessons.

Most people have heard the expression,
“ Born with a silver spoon in the mouth ” and most assume this refers to inheritance and family wealth. It does but there's more. Why silver?

In the 14th century a plague swept through Europe killing millions of unprepared and very superstitious people. Many considered the plague a punishment from God and turned to the Roman Church for protection. Others turned to traditional knowledge.

The great patrons of the arts, the Medici moved their families out of the city away from people who might carry the plague. They self isolated. They also insisted that the family consume their food from silver vessels. Plates, forks, knives, spoons and drinking cups. Particularly the children were fed with silver spoons.

Why silver?
It has been known for centuries that silver and copper kill bacteria and virus’. Even before such things as virus’ were correctly identified people would use copper cauldrons to ‘clean’ water before drinking. Silver was used by sailors on long voyages in a similar way. Coins of silver would be deposited in the wooden flasks containing fresh water to stop it from becoming brackish. When sharpening swords Roman soldiers kept the shavings to put on wounds and protect them from inflammation.

Bronze contains a substantial amount of copper combined with tin. Today the amount is 88% copper.

Just as Brass contains 60% copper. You’ve probably noticed that a lot of door handles, key holes, letter box’s and bell rings are made of brass. It’s very pretty and it does take a lot of polishing to keep it that way. The reason for using brass at the first point of contact in a house is because it’s a form of protection against illness entering or spreading from strangers, to the people who live there. We have forgotten the reason for this over the years but the instinct to continue using brass hasn’t gone away.

The Spanish Flu
A hundred years ago a virus swept through the continents of Europe and the United States
and cemented the use of copper, brass and indeed silver as a means of protection. But one hundred years is a long time and we have developed a collective amnesia. Many have heard the words “Spanish Flu”. Few know what it refers to. The remnants and evidence are all around us and we see them everyday without consciously understanding the ‘why’.

In 1918 after the first World War a group of American Soldiers shipped over to Spain and with them brought an infection which spread silently. Because of a desire to maintain moral at the end of the war, newspapers were censored from reporting on the mysterious flu. The Spanish press wasn’t under the same restrictions and they reported the many mysterious deaths. As a result it was always referred to as the Spanish flu.

That flu as it turns out, was a Coronavirus. In the 2 years that it spread among us it killed many millions. The cause of the spread was unknown but among other things, people turned to metals as a form of defense. They continue to work today but you probably take the brass door handle or the copper basin for granted, considering it a souvenir of a distant relative.

Copper and Silver
Copper is the least expensive and easiest health giving metal to acquire. It comes in many forms, brass, bronze, even sulphates which are used to spray crops like grapes. The organic food industry uses copper sulphate to protect plants from harmful bacteria and it also nourishes the earth where it is absorbed. 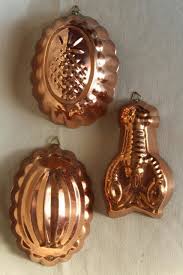 Copper has a distinct taste so some people don’t like to use it for serving or storing food. Though in India it's normal to store water in copper vessels, flasks and tankards. Europeans like things to remain very shiny and clean because of the association with hygiene. Copper oxidizes when in contact with water and air and this irritates the sense of ascetics so it’s use has unfortunately reduced here. However we still have copper colored coins which are a remnant of the time that money was made of 98% copper. Money that could be exchanged without exchanging disease.

Silver has no taste and works best in a moist environment, so it’s use in drinking vessels and plates is perfect but the cost is much higher than copper. Silver also oxidizes and if it doesn’t it’s because of a coating of Rhodium which acts as a barrier between the metal and the atmosphere. It also acts as a barrier between the metal and killing bacteria and virus’s. Unplated silver jewelry and other items are active protectors and these tarnish, which is why they work, They are reacting to the environment.

Though you are not aware of it’s presence nylon clothes contain particles of silver. They are so fine you cannot see them but their presence causes the clothing to resist bacteria which would normally flourish among the fabric and begin to smell very quickly after being worn. All is takes is a tiny amount to prevent this from happening. That is how effective silver is and it’s one of the reasons we are using up our silver by disposing of it in minute quantities. Unlike gold, silver is the precious metal we throw away and cannot later retrieve.

You can find information on silver as a protection against viruses here:
https://www.ncbi.nlm.nih.gov/pmc/articles/PMC6264685/

and as a protection against bacteria:
https://phys.org/news/2018-10-scientists-deeper-silver-bacteria.html

Hospitals and Copper
So why don’t hospitals use copper to protect their patients against superbugs?
They have begun to. Since 2012 an active campaign to introduce copper into hospitals has resulted in a huge reduction in the presence of harmful materials in the spaces where they have been tested. Our use of chemicals to combat infection has resulted in harmful proteins and bacteria mutating to stronger and more resistant strains.

Youtube has several short videos on the use of copper in hospital bed design, new plastics and doorplates that don’t require constant polishing. 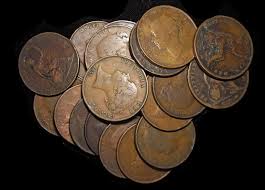 So what?
The wheels of administration move slowly but obviously we can make use of this knowledge now.
I have armed myself with silver and copper in their appropriate forms and manners. Carrying a small piece of copper, enough to wrap your entire hand around in each pocket or old copper coins (not the modern fake copper coins) gives you something to discretely sterilize them with, after shaking hands or having touched a surface.

In doing this, you protect yourself and if traces of copper remain on your hands, what you touch can be rendered safer, though you should not depend on that. There is no plastic to throw away, no need to wait for your hands to dry and the metal remains useful afterwards.

In Florence and most other cities, door handles are still made of brass but they have become oxidized over time. This is a great opportunity to bring them back to life by polishing them. 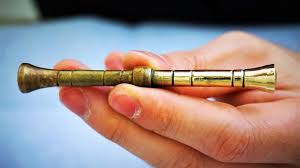 Tom J. Byrne is an artist living in Florence Italy.


An inventory of the Medici household: https://tinyurl.com/tlrn4d9

About the Spanish Flu: https://tinyurl.com/y83bp7od

About the Black Death: https://www.history.com/topics/middle-ages/black-death

I really couldn't share this on social media after I had written it. Florence is wonderful at the moment. Beautiful, calm, quiet and I can see things I never did before because the streets are less crowded. But all the while this information was brewing in my brain and I just had to put it down and get it out there in an organised manner.

However the merchants and everyone else, despite being very positive and cheerful are very worried. So I will share this with people who may actually learn from it rather than scare monger each other.