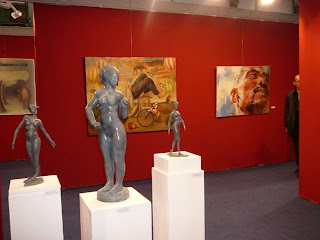 The Asian artists have a lot of academic background and training yet they also have this fierce energy to get out there and express something bigger, better, brighter and stronger. Bursting out of the restraints of their academic training and using that famous focused intensity.
Posted by Tom J. Byrne at 7:36 am

Hi
I'm pleased at the your article^^
this is painter yong-man KWON
but i want to let you know about me, I came from Korea(south) and I live in south france,it's already 10years^^
merci